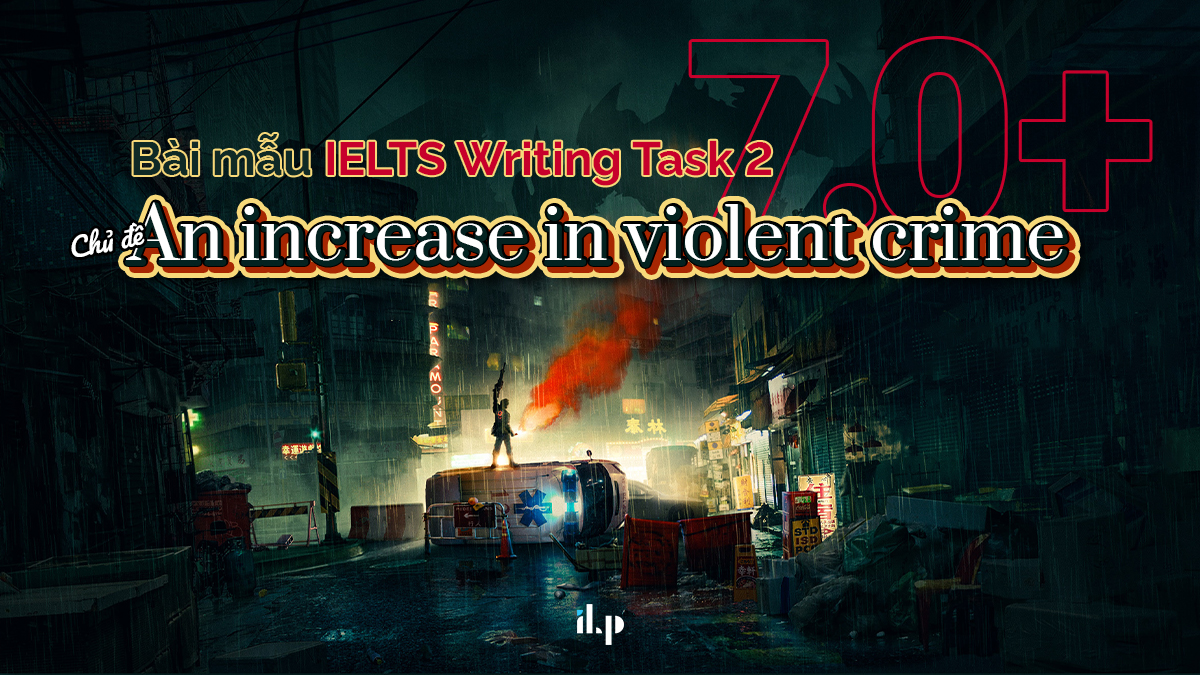 You should spend about 40 minutes on this task. 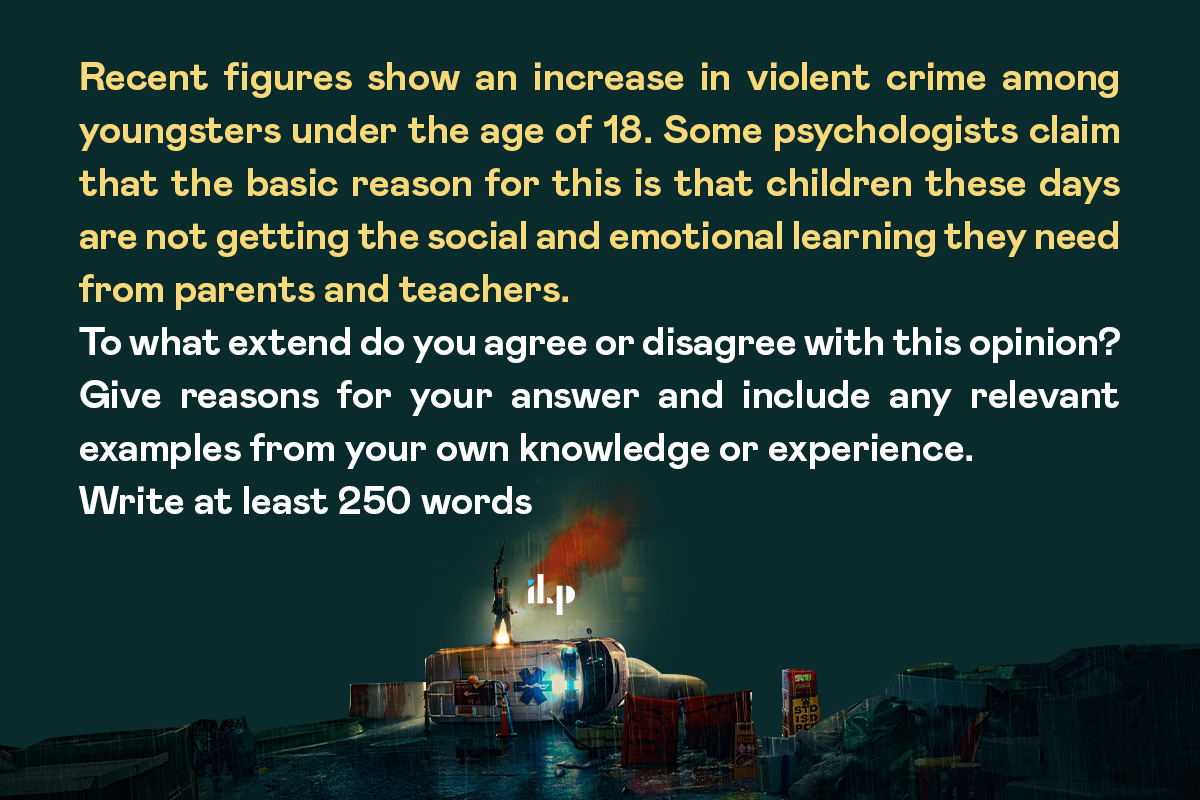 Nowadays, there is an alarming problem is that violent crime rates have increased considerably, particularly among young people under 18. To me, I strongly agree that lack of education from parents is the main reason for this situation. This below essay will analyse my view clearly.

The first reason that can be easily seen is that in modern life, parents spend their time working to earn money. Obviously, there is less time to take care of and supervise their children carefully. In addition, the gap between parents and children has been expanded; so these children have rarely had chances to share their feelings to their parents as well as to learn from the family side. Moreover, there are plenty of negative mediums  such as violent films, bad things from the Internet of crime that are prominent  around us; without parents’ control, children have been influenced on those things easily.

Another factor that needs to be mentioned is that unstable marriage life has led to a surge in divorce rates. Having a broken family and shortage of love from both mother and father have caused destruction of those youngsters in their study and some significant negative impacts of their psychology. As a result, children with immature character have become more aggressive, behave rudely and particularly imitated violent films or plunged headlong into social evils.

However, it is undeniable that parents are not the only factor that leads to an increased young violent crime percentage. Since it depends on the conceit of these youngsters about protecting themselves from harmful impacts, In spite of dealing with the above situation, some of those children have lived positively. Nevertheless, from what has been considered above, parents have played a vital role to prevent growth in crime rates.

In conclusion, personality development of children is unable to be perfect without support from the family side. Furthermore, appropriate nurturing of parents not only has helped to drop crime in youngsters but also produced good citizens for our future. 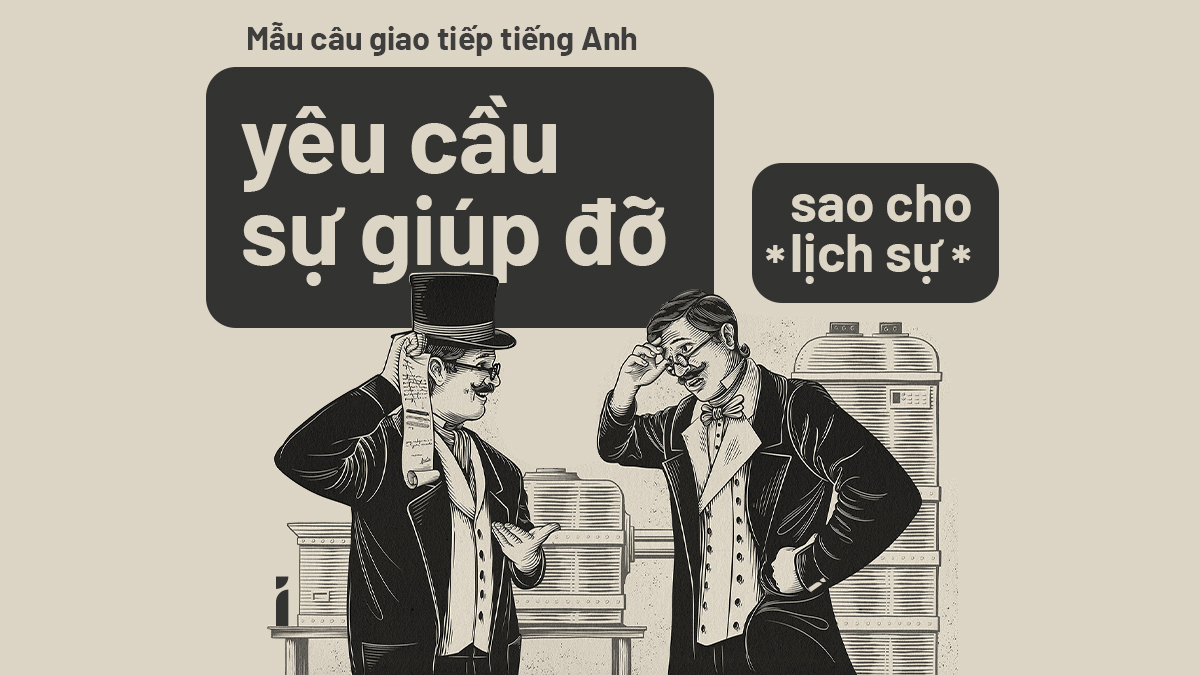 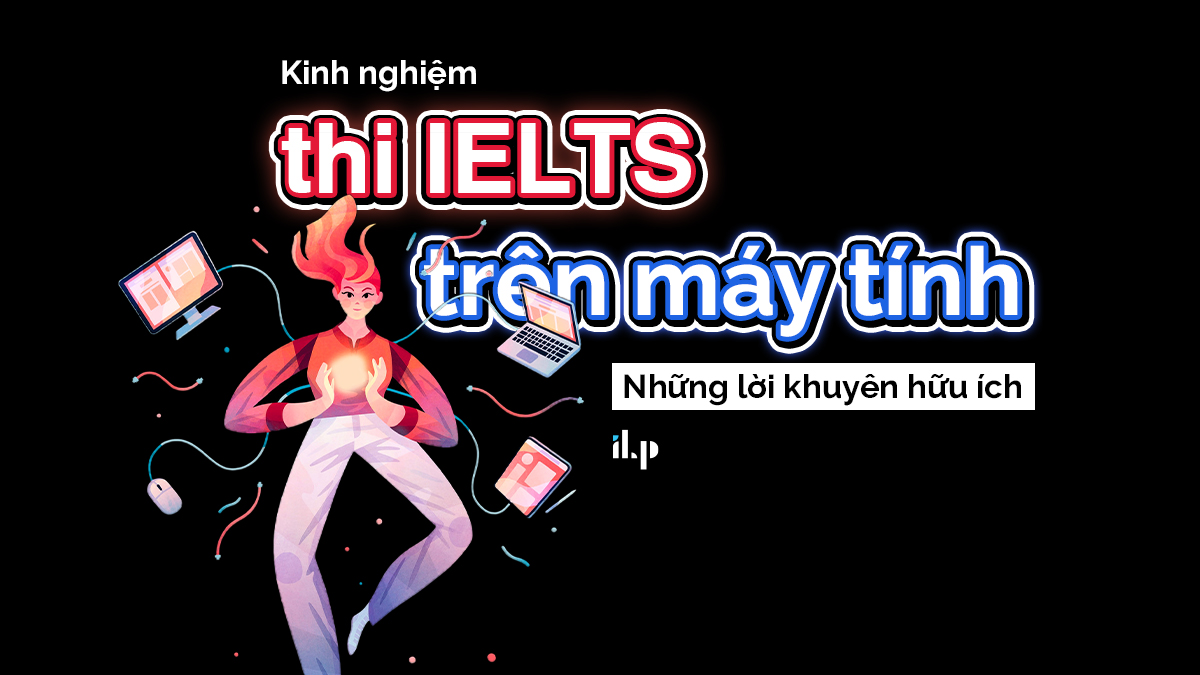